The lobby of the Gabriel Cinema in Munich

A relic from the 50s proved to be a real stroke of luck for the conversion of one of the oldest cinemas in Munich. The ceiling construction now sparkles in renewed splendour and patrons get into the swing of the movie atmosphere upon entering the lobby.

“The lobby ceilings are staying!” This decision was made already while surveying the facilities with the client. For one, the curved drop ceiling from the 50s with indirect lighting and the grooved Rabitz plastered main ceiling was still in good condition. Secondly, this type of construction is virtually beyond price these days. The same was applicable for the marble quarry stone floor, which magically brightens the entrance area while being durable and easy to maintain. 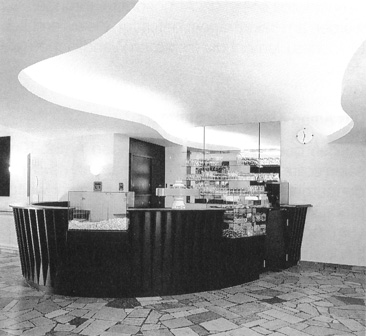 1. The sweeping counter is reminiscent of the existing ceiling structure from the 50s. 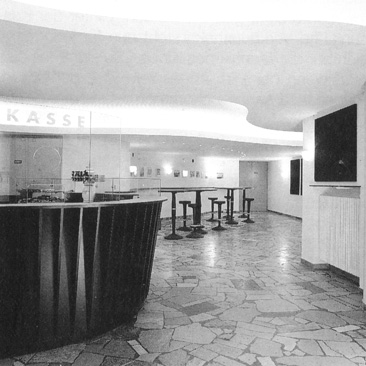 2. Associations with the 50s as the period of the “economic miracle” are intentional.

Everything else was almost entirely redone as cost-efficiently as possible, but nevertheless with great impact. The retrofit was intended to present Munich’s oldest theatre, originally opened in 1906 and most recently operated as a dimly lit porn movie theatre, once again as a modern, welcoming cinema. Mint green, dusky pink and eggshell – typical 50s and 60s colours – as well as black and white play a central role in the design. The sweeping shapes of the cashiers counter and the high cocktail tables are meant to complement the ceiling structure. The atmosphere in the cinema lobby is intended to set the tone for the spectators’ cinema experience. 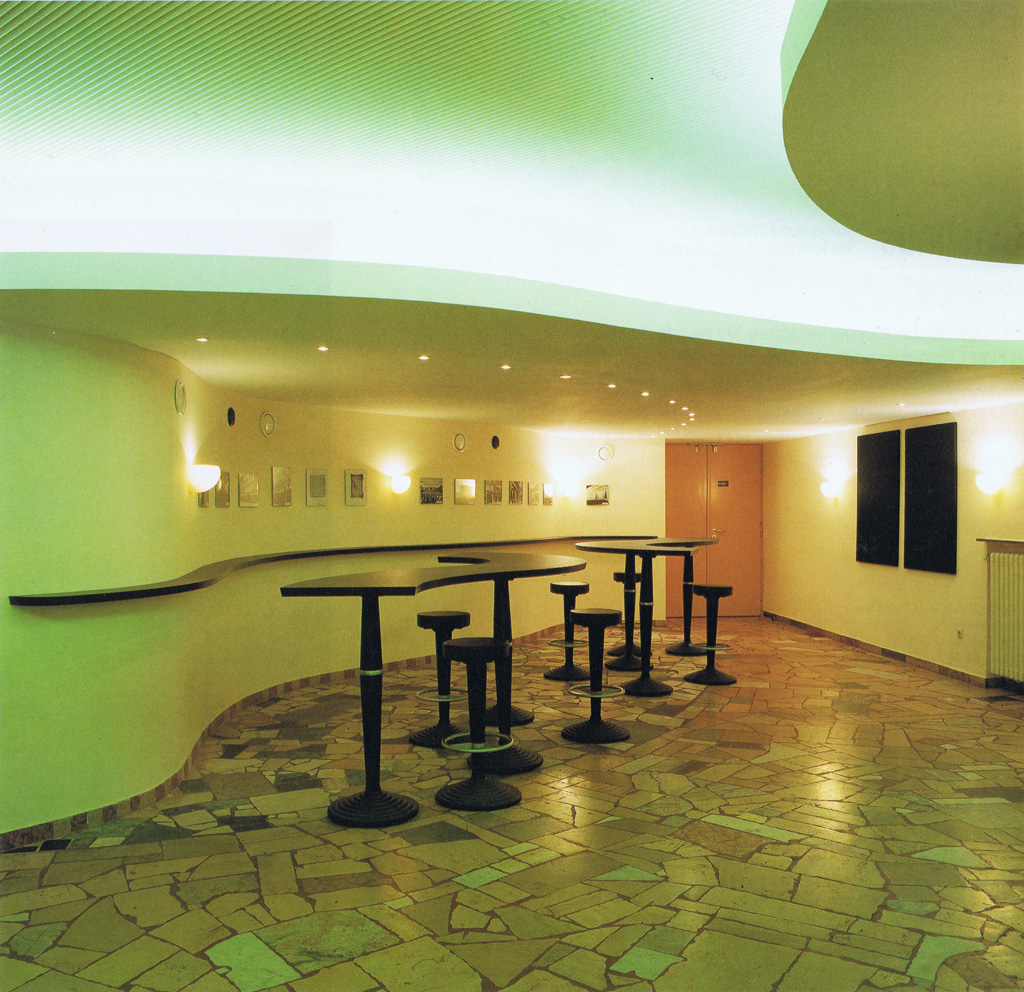 3. The designer conceptualized curved high cocktail tables in black as a graphic element. 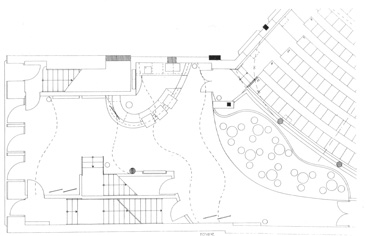